Earnest and without you: Interview with our Passenger of the Month in September 2014 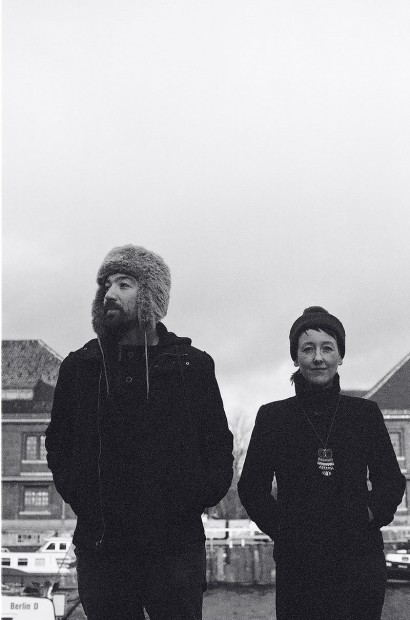 We are earnest and without you. We are a duo.

Earnest and without you – how did you get that name? Please tell us the story.
In our work with music, we are fascinated by the seemingly invisible, the things that remain hidden and unsaid but can still be shown, verbalized and uncovered. We love to dig deeper, look behind the curtain and we always want to sustain the fact that not everything can be shown. We wanted the name of our project to demonstrate our love for the invisible, so we integrated “without you” into the name. We won’t clarify whether “earnest” is a noun, a name or an attribute – this is something we’ll leave open to the interpretation of anybody who reflects upon our name.

How and why did you start making music?
We met in 2011 after a concert in Chemnitz where Daniella performed and Antonio was in the audience. During our first conversation and later in emails, we became aware of strong similarities regarding our musical ideas, even though – up until that point – both of us had been practicing very different styles of music. So then it was quite logical that we wouldn’t just talk about music but also start to make it. However, it took a while for us to find our new musical home. We discarded an entire unreleased album. At the moment, we feel quite good in our musical home, but we would also like to move.

How and why did you end up at recordJet?
On August 15, 2014, we released our debut album through analogsoul / Kick the Flame Publishing. recordJet is analogsoul’s digital distributor, and this is how we got there.

Which music do you like to listen to privately?
Daniella: That changes all the time because different styles of music inspire me on different levels. At the moment, I love to listen to music from tUnE yArDs, Rabbit Rabbit Radio, Hundreds and also the still unreleased album “grace” from a forest.
Antonio: At the moment, I am looking for new, interesting bands and music. For example, I discovered a new band today: Fenster (German for window). From the first moment, I was intrigued by their sound. I will be sure to find out more about them. In the meantime, I let myself be inspired by acts like american analog set or John Parish, even though they’re not the newest. I just love their analog sound, and to a certain degree I like the charm that comes from the acoustic noise. I don’t like music that sounds too digital and too clean.

Where do you get your inspiration from?
From conversations and encounters with people, from hour-long wanderings through Berlin, from books and conflicts, from silence and from dreams.

Who are your heroes and why?
Daniella: I don’t relate to heroism, but there are many inspiring people in my life. I find it very brave and powerful if a person in their mid-forties comes into my class and fulfills their dream to learn the violin.
Antonio: I don’t relate to heroism either, but I continuously try to be inspired by different situations in my everyday life. Sometimes it’s encounters between people, a beautiful landscape or even certain hardware or a plugin compressor after a long session of working on music (smile).

If you had the real recordJet at your disposal for one day, where would you go, and why?
To the West Coast of the US. Just drop us off there, we’ll do the rest. It’s our dream to perform in cities like Seattle, Portland and San Francisco. These places feel a bit like our musical homes. And since we only have the recordJet for a single day it would be a one-way flight.

Daniella and Antonio, thank you for the interview :-)

Alice Merton: “I think one of the biggest faults in this industry is the fact that a lot of people aren’t prepared to take risks anymore.”Interview with Alice Merton, recordJet Passenger of the Month in February 2017 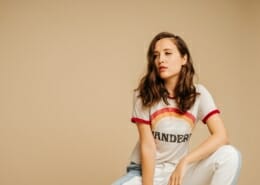 Alice Merton
“I think it’s really important to give everyone a chance to be heard – no matter what gender.” An interview with JOEDYInterview with recordJet Passenger of the Month JOEDY 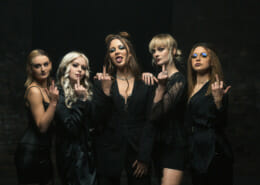 James Hersey: “People believe music should be free”Interview with James Hersey, recordJet Passenger of the Month in March 2015 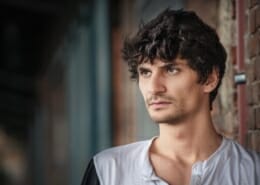