#TakeNoShit: How does recordJet deal with neo-Nazi music and hate speech?

Right after the riots of Charlottesville, Virginia in August 2017, many music streaming services like Spotify started to remove neo-Nazi music and white supremacist content from their platforms. Hypebot, however, was one of the few to ask a crucial question: “But how did [this music] get there in the first place?”. Good point.

The answer is clear. Music distribution services are the ones who accept any kind of music and distribute it to download stores and music streaming services for a fee. This, however, sometimes seems to happen with a significant lack of scrutiny, according to the statement an undefined music distribution service made in front of Hypebot: „We only check someone’s content if we’ve gotten complaints.“

Tracy Maddox, CEO of CD Baby, is quoted in the same article, stating „…it is impossible to screen every song for objectionable content“.

But is that really so? How does the recordJet crew deal with questionable content like neo-Nazi music and hate speech? We asked recordJet captain and founder Jorin:

Has recordJet received neo-Nazi music uploads in the past, and how did you deal with it?
Jorin: Unfortunately yes, we have. However, since the beginning of recordJet the crew has been dealing with this kind of music in a critical way. Is has always been part of our business ethics not to offer a distribution channel to neo-Nazis. Therefore we don’t just react when someone complains. Neo-Nazi music and hate speech will generally be rejected before distribution, and we tell the artists not to upload any more music into our system.

Some music distribution companies claim it isn’t possible to scan all incoming releases and filter out hate speech. What do you think about this?
Our tech crew listens to every release during the mandatory quality check before the music leaves our servers. Each and every release, no exceptions. I am part of the tech crew myself, so each release has to pass through me as well. On one hand this brings the advantage that we can discover and support talents early on. On the other hand, it allows us to comply with a very high quality standard when it comes to the content of releases. Especially the metadata needs to be formatted correctly, and if we notice that someone’s cover art, track titles, song lyrics or even everything at once seem suspicious in terms of hate speech, we will delete the release, inform the client about it and reimburse the distribution fees. That’s money we don’t want.

How good are you at filtering neo-Nazi music?
Here in Germany we are pretty sensitive towards neo-Nazi symbolism and content, even the very subtle kinds. This is where we probably have a head start compared to our American colleagues – our gut feeling reacts faster and stronger in such cases and is usually right. In addition, we have looked into these topics thoroughly, in order to be able to discover even very hidden symbolism. However, the best training is useless if a distributor doesn’t take the time to screen for objectionable content in the first place. We do this by default and leave it up to others to ruin their karma (laughs).

So how do you detect questionable content?
In most cases, Nazi symbolism shows up in the cover art, the track titles, or the lyrics. Nazi music is by default not very sophisticated. However, sometimes it can be a bit more complex. If the tech crew is in doubt, we gather the rest of the recordJet crew to discuss a release. This is when we dive into deeper research and check out an artist’s social media profiles and web page because this usually shows very clearly how a band is wired ideologically. And this does regularly lead to us rejecting music. Of course, this means that the quality check can take a bit more time, but we prefer to have a clean catalogue. Luckily, 99% of our passengers are nice people with sanity and reason, making music we are happy to distribute.

Have you had to reject many releases of this kind in the past?
Not that many but regularly. However, each hate speech release we receive is one too many.

Hypebot suggests using tools and bots to detect and filter out neo-Nazi music. What do you think about this idea?
This can work as long as it’s merely about scanning metadata for keywords. But as I already said, sometimes it’s not that easy. So far we don’t see an alternative to thoroughly checking each release with a well-trained team of human beings. There isn’t a single tool in this world which can do what a human brain and common sense can do. Having a team check all the releases might lead to longer processing times (as explained above) but this topic is dear to our hearts and we won’t sacrifice quality for quantity. Our motto is “Take No Shit”, and this is a piece of advice we’d like to give to our American colleagues, too.

Passenger of the Month in September 2019: Mia Morgan 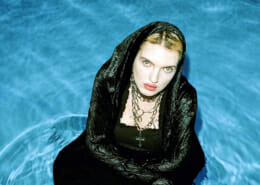 It’s valentine’s day – no single should stay on it‘s own! 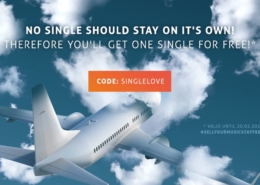 Passenger of the Month in May 2019: Giant Rooks 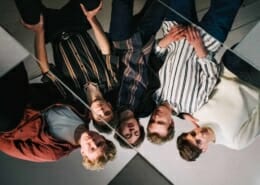