Everything you need to know about contests, clubs and the importance of non-monetary support for musicians in Germany 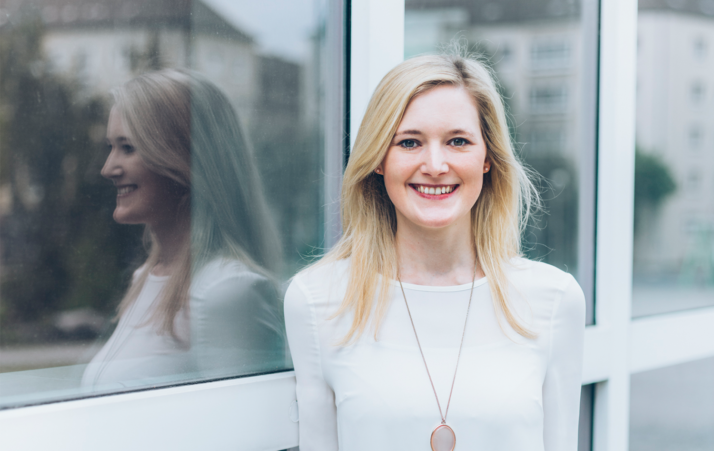 Sources of funding for musicians can look very different. Julia Wartmann is a professional in this field and in this interview she tells us about the different aspects of musician funding in Germany. Julia is a qualified music scholar and media manager and since 2015 has been head of the non-profit European newcomers network “Local Heroes”. She is also an ace among applicants for funding applications in the field of culture/music. She basically has them for breakfast. We talked to Julia about various funding opportunities for musicians. Since there is a wide variety of important options, we have split them all into three parts: The first part was about monetary (material) support for artists in Germany. In today’s second part, we discuss so-called non-monetary, or creative support in the music industry. Part three gives an outlook towards the future with regard to these issues.

Julia, creative support does not involve financial assistance. Why are you a fan of it and what options are there?

Julia: Because from my experience, this type of support is more sustainable, provides knowledge and time and doesn’t primarily follow an economic interest. The musicians must be free and do not have to measure themselves by their economic viability. When you think about funding, you always think about money or tangible objects, but there is so much more that is important to moving forward as a musician.

Take, for example, the coaching of musicians. This is very useful. As part of coaching, professionals work with you on your live performance or on your song writing potential or simply on your playing technique. A few clubs also offer something like legal advice for the artists. Many musicians sign bad contracts or do not know enough about them. They don’t know how GEMA or GVL work, or how normal performing artist contracts or artists exclusive contracts work. You always have to employ a lawyer for these and they are expensive.

As a general rule, it is quicker to find creative/non-monetary support locally. That means that you as a musician absolutely have to make the effort to take the following options:

So looking for support is like buying food: keep it local and stay on the lookout for non-monetary support in your area?

Julia: That’s it! There are institutions and clubs in every state. Baden-Württemberg, Bavaria, Hamburg, North Rhine-Westphalia, Rhineland-Palatinate, Thuringia, Saarland, Lower Saxony, Mecklenburg-Western Pomerania and Brandenburg all have State Labour Committees for Rock and Pop. They have slightly different names in each state, but as the official special interests groups they look after the interests of pop musicians. For example, they know how to borrow a tour bus cheaply or even for free. And if you’re lucky, with a full tank and full insurance. In addition, they carry out many projects which musicians can participate in directly.

Musicians should never be deterred by a club structure. Most clubs do more than just accommodate newcomers. There are also clubs for semi-professionals. At that point, the club is less about getting the artist from the rehearsal room to the stage and more about networking within the music industry. Or “saving” them from bad contracts. There’s a big advantage too: clubs have people who are honestly interested in your art, without expecting anything in return. In the music industry this is the jackpot and something that has to be protected.

You work for a club and the contest format “Local Heroes”. What do you do exactly?

Julia: It all started in 1989 when the cub Aktion Musik / Local Heroes e.V. was founded in Salzwedel. The “Local Heroes” from the Salzwedel, Lüchow-Dannenberg and Uelzen regions were first brought to the stage in 1991. It has since spread nationwide. We work with and for the young German rock and pop scene. Originally, “Local Heroes” was a federal music contest, but it has become more diverse over the years. There are around 130 “Local Heroes” events throughout the year. They aren’t all called that; we are not a franchise. But they all pursue the same goal: to give newcomers a platform and a listen.

In Germany there are approximately 100 organisations that are part of the Local Heroes network. Many workers are voluntary, but there are also full-time employees, like me. All of us are very passionate about music and the people behind the music and not for marketing. Unfortunately, the proportion of women among our participants is very low, but there are more women at the organisational level. The proportion of female musicians on the stage is in the single-digit range, which is extremely regrettable. We believe that is down to the contest itself. Women are more likely to take advantage of our network. Therefore we want to strengthen it in the future. Away from the contest, and towards to consultations, coaching, building the musicians’ network in the music industry, public relations and sharpening the senses.

We are already reading contracts and giving advice on intensive offers, for example, in Initiative Musik. We clarify fundamental questions such as, “is GEMA or the GVL worthwhile for me?” “What exactly do a manager or label do?” This is our core competence. Contacts and partners in crime for those who want them.

So you can’t just do the contest?

Julia: From the outside, “Local Heroes” is well-regarded as a contest. But we have a very clear mission to inspire children and young people in music and to support musicians. By our definition, this involves more than just organising a contest; the framework has to be there too. In addition, we are of the opinion that the great contest craze is over and we now concentrate on getting to grips with the musicians more intensively and strengthening their network.

The magic words here are playing showcases, watching coaching programmes and finding mentors. A lot of our coaching takes place around the state or national final. Often over several days. Before or even after the contest, our musicians are always looking for help or asking questions. Our top-class jury is also a constant contact. A jury member will often have artists under their wing. Peter Hoffmann, the hit producer, has done that more than once.

If musicians or a band work well, we invite them to other events, book concerts or act as an agent for them for events – regardless of whether they have won the national final or perhaps not even got to the state final. That’s not important for us. However, we take care of so many musicians over the year that until now unfortunately not everyone could be satisfied.

In recent years this has not worked so well because many bands have been created, but at the same time, the funding has unfortunately not increased. This annoys me personally; I would like to reach and support a lot more musicians with a full-time and volunteer team. Right now my biggest job is deciding how to restructure and help many more musicians on their way with the available resources? And since we will celebrate our 30th birthday in 2021, broadening the content of the project would be a great gift to ourselves.

What can you win in the contest?

Julia: The prizes amount to a total of approximately 15,000 euros in the national final. We are definitely relying on the support of companies. recordJet, for example supports us by offering free sales for a single and an album release as a gift. The jury winner even gets a First Class deal at recordJet. But you can also win instruments like Sennheiser mics, equipment from IMG Stageline or vouchers for merchandise from the musical instrument and equipment store Thomann. In addition, there is a promotional prize of 2000 euros paid by Saxony-Anhalt.

You have thrown light on the club’s work. What kind of club is Action Musik / Local Heroes e.V.; what sets it apart from other institutions and what makes it particularly special for musicians?

Julia: Aktion Musik / Local Heroes e.V. is a Germany-wide club headquartered in Salzwedel, in Saxony-Anhalt. However, our partners are located throughout Germany. This makes us a pioneer in club work. I imagine all clubs make this claim and that is a good thing, and rightly so. Look at the “SchoolJam”, for example. This is a Germany-wide network which, as the name suggests, concentrates on school bands in the whole of Germany and organises contests. However, they are not geographic.

The special feature of our daily work is certainly our support – from the first moment on stage to stepping into the music landscape. From then on, we can still support the musicians with public relations. Madsen have not been forgotten in this respect.

Also doing great work in non-monetary support is the Pop Academy of Baden-Württemberg as part of the “band pool”. However, they don’t concentrate on new talent, as we do. In “band pool” they work with musicians who already have a certain degree of relevance. In addition, only seven to eight artists per year are supported. However these musicians can count themselves lucky because waiting for them is fantastic mentoring, contacts, and generally a booster for their career. The acts are advised over a period of 18 months.

To put it another way: not all contests and competitions are the same. Often there is more behind them that offers long-term support. We are about the music itself and not necessarily about finding the next star. But when it happens, it is of course great.

We would like to thank Julia for the interview.

Our series “Show me the Moolah” gives you specific information on how you as musicians, bands, DJs and producers can make more money and get funding and support.

Everything you need to know about funding for musicians10 questions for Kerstin Mayer, an expert in applying for funding in the pop music industry 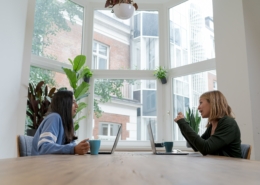 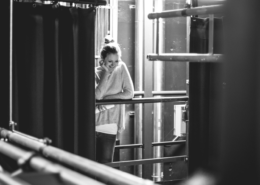