copyright by Alice Merton
Interviews, Passenger of the Month | by Carolin Wohlschlögel | 15. February 2017

Alice Merton: “I think one of the biggest faults in this industry is the fact that a lot of people aren’t prepared to take risks anymore.”

Interview with Alice Merton, recordJet Passenger of the Month in February 2017

I am Alice Merton, a musician and songwriter. I don’t write songs because I have to or want to, I write them because I need to. It’s the only way I can make sense of the world and how I feel.

I started playing classical piano at a very young age. When I was practising the pieces, I would play some parts differently than written, because I felt it sounded better. I think that was the first sign. Then growing up I realised I was comparing most of my thoughts and feelings to pictures and couldn’t explain them any other way. When I was 16 I picked up a guitar and wrote my first song. It made me realise how I actually felt about a lot of things that were going on. Then I realised that it was much easier to express how I felt by writing lyrics, rather than talking about it.

I was introduced to recordJet at my university. It was part of a lecture on distributing music for artists who are not signed to labels. My friend and manager who was studying music business at the time also liked it’s business model and the various options and freedom you have, so we decided to join them.

Which music do you listen to privately?

I listen to almost everything. I love opera, classical music, I listen to a lot of mainstream music but I also love music from the 80s.

What do you do when you’re not making music?

I bake. I like baking, it calms me. I go running and I love going to the cinema. Movies and music have such a vital connection in my opinion. They’re like my bread and butter.

Biggest fault and greatest thing in the music industry?

I think one of the biggest faults in this industry is the fact that a lot of people aren’t prepared to take risks anymore.  Whether it’s the artists that are being signed, solely based on the amount of followers or likes that they have and not because of the music, or that fewer people are prepared to invest in the development of an artist. I know a lot of managers that only sign things once they see them becoming successful, rather than helping the artist build a career and supporting them in various ways.

The greatest thing about the music industry is the opportunities that are given to unknown artists, whether its with recordJet and being able to distribute a song without a major label, or using Soundcloud or Spotify as a platform to release and discover new music.

Who are your heroes?

I don’t think I really have “heroes” in the traditional sense. I look up to my parents and most people I work with. I always choose people who are very driven and motivated, who never settle for mediocre because they are the ones who push me to become a better artist. They challenge me and kick me in my rear end when I need it.

What was the first and latest album you bought?

The latest album I bought was BØRNS album “Dopamine”

If you had the real recordJet at your disposal where would you go and why?

Good question! I would probably fly to Canada and visit a lot of my old friends and old music teachers who helped me discover the love for music.

And then I’d go to Tim Hortons and order a box of Tim Bits because you don’t get them in Europe.

Thank you so much for the interview, Alice :-) 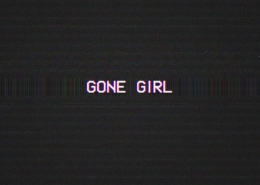 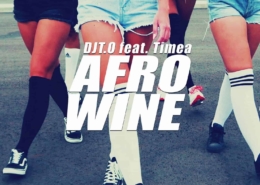 DJT.O
Passenger of the Month in March 2020: JPD 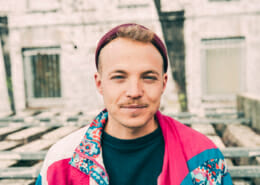