Chris Medleigh: Interview with our Passenger of the Month in August 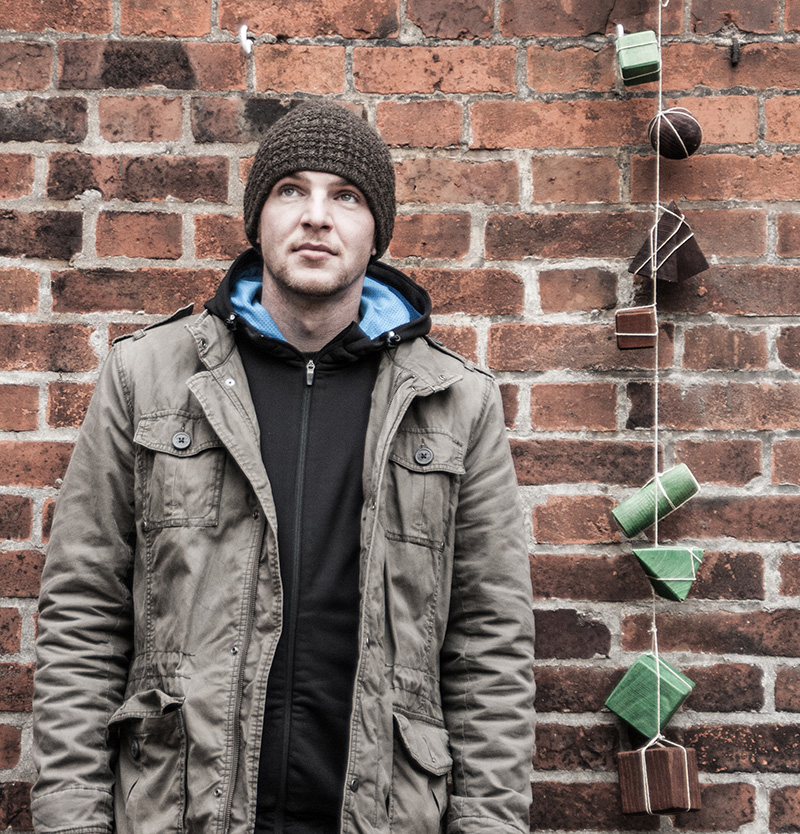 Who and what are you?
Chris Medleigh, one person, raised in Leipzig. Influenced by the hip hop movement of the 90s.

Chris Medleigh – that’s not your real name, is it? Please tell us the story.
The name comes from a street music project in Edmonton, Canada. There were two of us, myself and a Canadian who was also my flatmate and workmate. He was part of the metal scene. During our time together I introduced him to funk and hip hop, unintentionally raising his enthusiasm for those genres. He started to program beats, we wrote guitar riffs together and jammed every day in our apartment. One day, we decided to take our repertoire to the streets. Our tools were a loop station, a microphone, two guitars and beatboxing skills. A record store gave us electricity access because the owner was very enthusiastic about our street music ideas.

The name of the project was “Fresh Medley”, made up of “B-Fresh” and yours truly, “Chris Medleigh”. It really made sense and described our situation perfectly. We regularly performed in front of the record store, and eventually we were invited to the annual “Fringe” street festival in Edmonton, which was a highlight of that time. After several years, when my stay in Canada ended, I came back to Germany with the new name and started my solo project “Chris Medleigh”. The name is partly my legal name (Christoph Mengel), and I chose the word “Medleigh” to describe the fusion of musical influences which has strongly shaped me. “Chris Medleigh” is both my artist name and describes what I do – Chris’ Medleigh – Chris’ mix of influences, presented in musical form.

How and why did you start making music?
I started learning classical guitar when I was 10. My parents had asked me if I wanted to learn to play an instrument. I replied “Yes, guitar!” without hesitation. At home, we often listened to Kool and the Gang, Earth, Wind & Fire, Genesis, Led Zeppelin etc. That’s how it all started. I went to a music school until I was 16. It was during those years that my passion for hip hop developed. I started creating beats and writing rap lyrics, which is why I stopped wanting to go to music class. There was more to explore outside and I was fascinated by unconventional ways of making music.

How and why did you end up at recordJet?
It was thoroughly recommended by the labels Resistant Mindz and analogsoul.

Which music do you like to listen to privately?
It’s difficult to name a certain genre or artist. But I like music that is deep. It can even be quite calm and melancholic. The most important thing is that I get something out of it.

Where do you get your inspiration from?
From everything that is natural. Mountains, forests, lakes, rivers. Good conversations with people who inspire me. Friends. Authenticity, originality and grief.

Who are your heroes and why?
In general, close friends and family. Why? In my world the heroes are there when you’re at your worst.

What was the first and the latest album you bought?
The first was a maxi single by Wu-Tang Clan with the tracks “Wu-Tang Clan ain’t nothing to fuck wit” and “Can it be all so simple”. The latest was Hiatus Kaiyote – Tawk Tomahawk.

If you had the real recordJet at your disposal for one day, where would you go, and why?
Clayoquot Sound on Vancouver Island. This (coastal) area is magical and mystical like no other I’ve ever seen. For me, it’s paradise on earth. The impressions and experiences I’ve had there will shape me for the rest of my life.

Last words? What do you want to say that you haven’t been able to express so far?
Many thanks and kudos to the recordJet team. You have created something big and you’re playing an important role in the musical world. Rock on!

Chris, thank you very much for the interview :-)