Karl die Große: “The best thing is getting to know dedicated people who share the same ideology and make the music business possible”

We are Karl die Große – a six-person band.

Karl die Große… how did you come up with the name?

The band name came to us as it should – spontaneously and when we least expected it. Luckily, the name also suited our Singer Wencke, since her nickname is “Karl” and she’s 1.86 m tall.

Long before we met in Leipzig, we had all been playing our respective instruments for many years. When Karl started writing lyrics, we noticed that something was missing: bass and drums for the groove, guitar and trombone to color the sound, and a piano to carry the songs that is played by someone with faster fingers than Wencke. Luckily, we found all of that within our circle of friends.

Last year, we were lucky enough to be part of the Analogsoul Edition, and it was them that brought us to recordJet. We arrived safe and sound!

There are a lot of artists we all agree on: Sophie Hunger, Die Höchste Eisenbahn and Clueso’s early music. But those are just three examples of one genre. There’s still rock, hip hop, jazz, etc.

Just about everything. Cooking, swimming, reading, sleeping, running, dancing, staying up way too long, telling stories, goofing around and trying to turn everyday life into something interesting. Whether we’re on tour or at home alone.

The best thing is getting to know dedicated people who share the same ideology and make the music business possible in the first place – music enthusiasts, event promoters, consultants and other musicians who influence us with their music. The worst thing is how the culture has become such a norm for so many people.

We are inspired by our friends, other musicians, politicians, kids, artists. Basically, people who stay true to themselves, are honest and brave, make amazing and subtle music, write lyrics with depth, and are innovative and think outside the box. In 2015, a Swiss band proved to us that it was possible to combine all of these qualities :-)

Sadly, I (Karl) can’t remember the first album I bought. But I can remember the first audio cassette that I took to kindergarten and proudly showed to the other kids. It was by an overweight Schlager duo. I didn’t make myself very popular with it. But there is nothing to be sad about, because my last album was a compilation for children called “Unter meinem Bett” (Under My Bed) by various German singer-songwriters including Gilbert von Knyphausen, Moritz Krämer, Francesco Wilking, Olli Schulz and Käptn Peng.

First of all, we would only fly in an emergency. Otherwise, we would probably take the bus, drive to the ocean and rent a house to relax and rehearse.

Any last words? What do you want to say that you haven’t been able to express so far?

Have a nice weekend and thanks for the fabulous questions :-) !!! 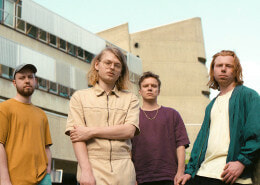 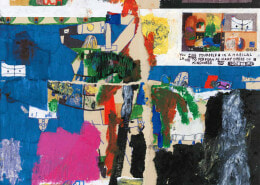 Passenger of the Month in September 2017 – YXC 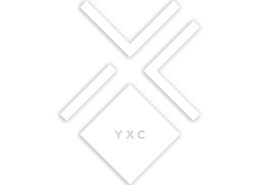