Ask the crew: Streaming fraud – a real option or something to avoid?

An acute case of “sorry, I can’t be bothered” can cause existing lyrics or music to influence musicians a little bit too much. That this is not very clever and is fraudulent will be clear to most. Manipulating streaming numbers is equally fraudulent. And current discourse shows that punishment for streaming fraud is becoming increasingly relevant. We have summarised for you what streaming fraud is, why you’d better avoid it, and why “but I didn’t know anything about it” is not a good excuse.

Streaming is more relevant than ever right now – no one can deny that. According to IFPI, almost half of all sales for music in 2018 came from streaming services. In the meantime, streams have become more and more important than downloads and physical sales. While, in the past, you would still have to buy bucket loads of audio devices in order to manipulate sales, a variety of shady businesses on the Internet are now offering to artificially manipulate streaming numbers.

Streaming fraud – what exactly is it?

Streaming fraud refers to artificially generated clicks, empty streams and purchased, non-existent listeners. Specifically, this means that with fake or hacked profiles, or with bots, tracks are listened to for long enough that the streaming platforms recognise and bill the streams fully. An unconfirmed theory holds that on some streaming platforms, a play is only paid after it has been listened to for a certain number of seconds. The platforms do not make it particularly clear exactly how many seconds this is.

These artificially generated streams are illegal and are regarded as theft. As a result of this fraud, royalties from other artists (who produce streams organically) are stolen. Why? All of a streaming platform’s subscription fees are divided by the number of platform-wide streams. The resulting sum is then multiplied by the artist’s respective number of streams and then paid. (Generally, each platform has its own method of calculation; you can read herehow Spotify works). So when it comes to streaming fraud, anyone who artificially increases their own plays is stealing real money from other artists.

A bit of cheating, won’t be noticed – will it?

In order to avoid and to punish streaming fraud, all streaming platforms closely monitor the activities of all published releases, taking into account several factors. These can be:

What are the consequences of streaming fraud?

If irregularities or unusual activities are detected and certain limits are exceeded (e.g. a release has an unusually high number of streams by a low number of users), the release can be marked as “fraudulent” and will be deleted from the platforms to prevent streaming fraud. This can even happen to artists’ entire profiles which are then blocked. This locks all of an artist’s releases and the chances of the block being reversed are low.

GfK (which is responsible for the charts)writes: “In the past, there was evidence of this kind of manipulation. As soon as there is solid evidence for (attempted) manipulation, the relevant bodies are informed. If the suspicion is confirmed, the respective title/artist will be immediately removed from the charts, or even not placed on the charts in the first place – as has already happened in the past in some cases”.

Not only is streaming gaining in importance, but also the prosecution of streaming fraud and persons involved in it is becoming more and more of an issue. Even outside of streaming platforms, more and more people and companies are working on how to uncover these fraudulent schemes. Nermina Mumic, founder of the startup Legitary, says in an interview with Trending Topicsthat musicians and their managers have to trust that streaming services like Spotify, YouTube, Deezer or Apple Music are using the right numbers for calculating the payouts. Her startup has developed an algorithm that detects irregularities and thus wrong numbers. The goal? More transparency for all parties involved.

“But it wasn’t me; I asked all my friends to stream my music”

This excuse sometimes crops up. The streams unexpectedly and suspiciously go through the roof and the artist doesn’t want to know anything about it. When there is good justification, the streaming platforms are sometimes open to reason, in most cases, however, and especially when the “I knew nothing about it” argument is presented, the platforms allow themselves a weary smile and the tracks/artists remain locked.

How can I pimp my streaming numbers legally and sustainably?

Are you really up for driving your streaming numbers to new heights? Great! Plays under 30 seconds won’t give you very much, if they do not come from real listeners. Streaming fraud is therefore not an option. Illegal streams do not go to concerts. Or buy a record.

The alternative is a real promotion agency. They work with authentic networks, well-thought-out strategies and clear objectives. They target previously defined demographic and location-specific groups. That doesn’t mean that Granny Smith from the middle of nowhere shouldn’t come to your concerts too – you’ll just have to tell her about them on the phone. Hundreds of thousands of plays raining down on you immediately on all platforms is not likely – but in the long term, working with an agency is the more sustainable (and especially legal!) alternative.

And a final tip: getting onto one of the great Spotify playlists is a fully legal and deserved way of taking your streams to unimagined heights. We explain how to do that here.

The Captain’s recommendation: 3 tips on how to get the best out of Spotify (Update: February 2020) 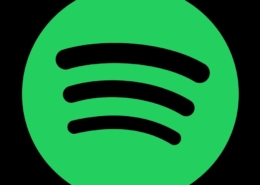 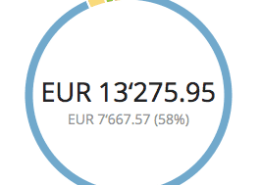