Crowdfunding in 6 Steps – Show me the Moolah (part 3)

Tips from an expert on how you as a musician can successfully finance your project through crowdfunding. 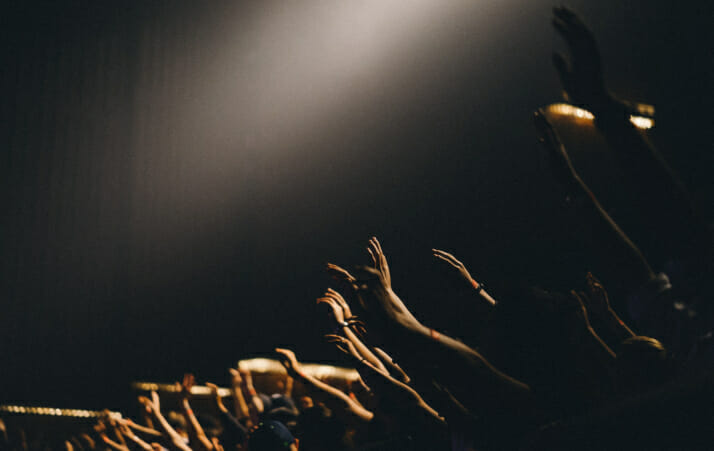 Crowdfunding as a financing concept is no secret. It is a way of financing a project in advance through small (or even large) donations from fans and supporters. If it is successful, the supporters will get a reward. We have summarised what the possibilities and tricks in this area are, what the pros and cons are and how best to tackle it all.

To get started: the history of crowdfunding, baby!

In actual fact, the principle of crowdfunding, in which lots of people come together to finance a project, is old hat. The best known example is probably the construction of the Statue of Liberty in 1885. Truth be told, there are countless historical examples, but crowdfunding only really took off in the internet age. Germany is a late bloomer in crowdfunding: the largest German crowdfunding platform, Startnext, went online as late as 2010.

Crowdfunding has been in the public consciousness since 2015 and in particular has an artistically ambitious audience. This is good news for all musicians as this increases the number of potential supporters. And the curve is rising and rising. Nevertheless, Germany’s 39.4 million euros raised in 2019 is far behind Great Britain, which raised more than twice as much in the same year – and with a smaller population. But the British were the first successful internet crowdfunders.

The British rock band “Marillion” successfully raised $60,000 for their US tour all the way back in 1997 (23 years ago!). “Successful” is the key word. Perhaps some of you dare not yet go in for this “unusual” way of fundraising, because after all it can go wrong. Ultimately, it is the moment where you go out of your comfort zone and you chance your luck a little (or perhaps a lot) and put your dream project to the test. Start off well, then constantly annoy potential donors and the social media community, and in the end fail publicly?! Super demotivating. Or is it?

So, we’re today giving you a safety net and all the help you need so your crowdfunding project can take off smoothly and successfully and then land unharmed. In addition to a good product, a strong presence, a fair crowdfunding amount and special rewards for your community, all you need to be successful is a little bit of luck. And you really should follow the expert advice from Daria Wabnitz. Daria is a Senior Product Manager for indie label Filter Records and has many years’ experience in the relevance, added value and success rate of crowdfunding and how to do it properly. She has also successfully funded projects with her own band “The Jooles” and was a speaker for recordJet discussing crowdfunding in the “Learn to fly” workshop. 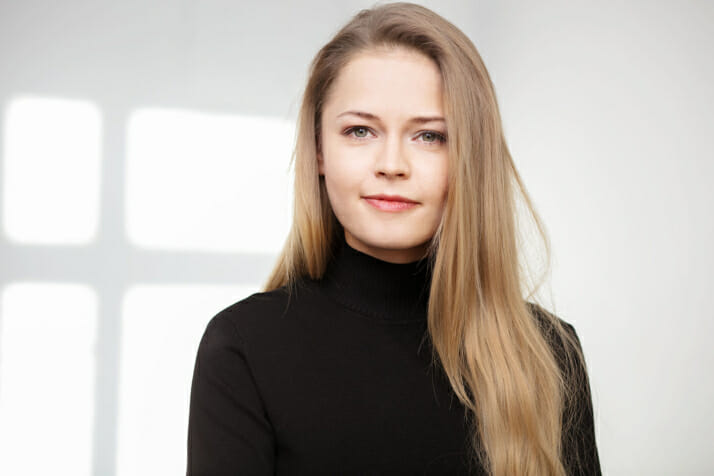 What crowdfunding platforms are there and what advantages do they have?

There are around 10 relevant crowdfunding platforms in Germany. The most well-known ones are Startnext, Kickstarter, Indiegogo and Correct!v. Startnext is the market leader, especially for German musicians. Our expert knows from experience that even if they sing in English, German musicians are the most successful with Startnext. Over 56% of all projects there hit the target, while on the most successful American offshoot, Kickstarter, only 36% hit the target.

Both crowdfunding platforms are fantastic for solo musicians or bands that do not have a label contract, and especially have no major deal. Donors are less likely to give money if a larger label is involved because it must be assumed that the label is only trying to save costs and pass them on to the crowdfunding community. So if you are independent and want to take the next step, our expert says: “Do it with crowdfunding – and not alone.”

The advantages of the platform speak for themselves. You are socially accepted and have good infrastructure at your disposal, for example when it comes to the uncomplicated payment system. In addition, you can show off properly with videos, photos, and your pitch text and so achieve a much wider reach. You also have the opportunity to get individual advice from the employees of the respective platforms. In addition, your “chances of success” are reviewed in advance so you won’t fall flat on your face. Daria considers that the most important factor in crowdfunding is the artist being comfortable. The platform puts the artist in the role of petitioner. The official note and the natural distance give rise to something like an investor-investment feeling and thus a higher value for the product and the respective artist.

Step 1: What do I need for a successful project?

The Mannheim Pop Academy and the crowdfunding platforms themselves are always bringing out statistics for the most promising projects in the music industry. It stands out quite clearly that good old album production invokes the highest level of acceptance among donors. Over 76% of all fundraisers are successful with their projects. To fund your own tour through crowdfunding is, by the way, the most difficult project, as the statistics make clear with a puny 3.6% of successfully completed projects. For a music video, the statistics also tell a clear story. Just 6.3% of such projects have been completed successfully in the past few years.

Determining the correct amount is a delicate matter. Daria has summarised the key points for you:

Step 2: Which deals and gifts are box-office and which are flops?

The most important thing first: don’t be too cheap! By all means, set the bar a little higher when it comes to rewards. In principle, you should know that everything you bring in needs to be taxed. Plus the commission paid to the crowdfunding platforms. For Startnext, this is between 5% and 7%.

But you can also set up a project to which your community can make voluntary donations. This offer is used very often and the good thing is that this does not need to be taxed.

The most popular deals always have something to do with the product. In other words something classic like a CD, vinyl, or living room concerts, selling your guitar, tickets for concerts or letting someone write a song for you. Be inventive and have a look at the most successful projects, such as the band “The Bianca Story”.

If you have a super product, have come up with great rewards and have named a plausible amount, you have already made great strides towards success. The statistics show that already established artists have little chance of a successful comeback on such a platform. But if you are unknown, simply likeable and talented, it is almost a sure-fire success.

For some supporters, the regional aspect is also crucial. The most important thing on your crowdfunding journey is to know your target group well. Family and friends actually make up barely one-third of your supporters. Instead, the lion’s share of your supporters, namely 40%, will be people you have loose relationships with, such as work colleagues etc. who you have been able to convince to back your project. 30% are usually complete strangers; you can clearly see what an incredible promotional boost crowdfunding can be for your project. Fun fact: the willingness of donors to open their wallets for a project peaks up to the age of 40 years, after that the curve slowly but steadily goes down.

In addition to good and professional photos, your pitch and your video is your business card. They simply have to hit the spot. So you know what to include in order to build your community, Daria has created the perfect set of questions.

In any case, you need to take a deep breath. And you need inventiveness. The average amount of time for a crowdfunding campaign is 45 days. Be sure that this time will be intense. Work out how much money you need to make each day to come to your total. If, after a few days, you’re worrying that too little is coming in despite significant work, Daria can reassure you. In general, you have to wait until 10 days prior to the end of the period for the money to rain in.

Sometimes it feels a bit like a detective story, but if your revenue grows continuously, the chances that you can make it are very good. You should thank each donor directly and personally, as soon as they have made their donation. Social media is great for this. Remind your community regularly of your projects. Try to tie the day’s events into your posts so that they don’t come across as advertising.

Allow people to understand what you are all about. Use the language of images, videos. Make screenshots of the amount you have made and the amount you still need to raise. Keep people updated. Don’t be shy – fight for your success. It can pay off, as crowdfunding is more popular then ever. 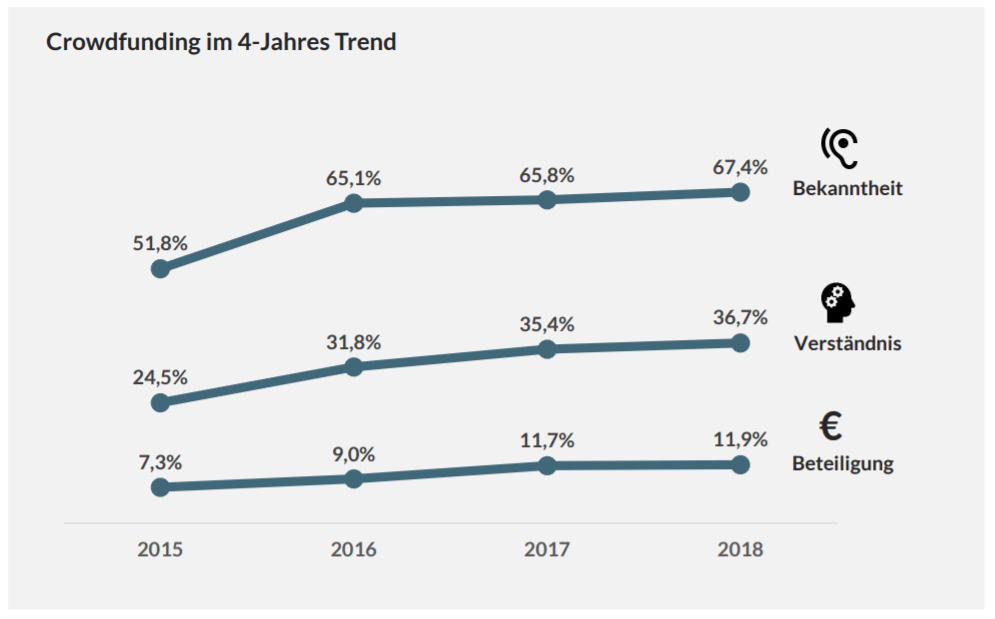 Conclusion: the added value of your crowdfunding campaign

We would like to thank Daria Wabnitz for her insider knowledge and hope you are now prepared for this crazy journey. So don’t forget: 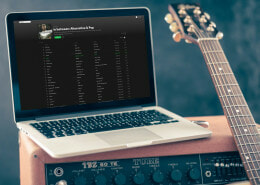 Captain’s Advice: Get Your Artist Biographies Into The Stores