Passenger of the Month for June 2021: Easy Wanderlings

Our Featured Artists for June are Easy Wanderlings

The music of Easy Wanderlings has become synonymous to a soulful experience. Globally recognized for their delicate and soothing melodies, Red Bull Music rated them as “Top 10 Indie artists to watch in 2018”.

Having won both National and International awards, the Pune based collective have performed extensively across diverse spaces, from small intimate cafes and galleries to major music festivals in the country, sharing the stage with inspiring artists like Jose Gonzales, Anoushka Shankar, Alt J and Incubus to name a few. Easy Wanderlings were one of the few bands from around the world invited to perform at the SXSW festival 2020 in Austin. In January 2020, they were awarded “The Best Band” by Public Choice at the Indian Music Diaries Awards 2020.

In August 2017, their debut album “As Written in the Stars” was launched internationally on all major music platforms. The Indie Pop collective Easy Wanderlings returned with a two track concept EP “My Place to You”, featuring singles “Beneath the Fireworks” and “Madeline” in September 2019.

“I think it’s really important to give everyone a chance to be heard – no matter what gender.” An interview with JOEDYInterview with recordJet Passenger of the Month JOEDY 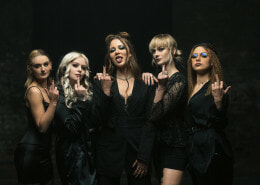 Passenger of the Month in July 2016: Culcha Candela 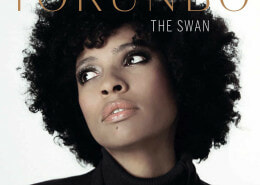 Passenger of the Month in March 2018: TOKUNBO