copyright by Bilderbuch
Passenger of the Month | by Kyra Freise | 3. January 2019

Let’s take a little walk down memory lane and reflect on the amazing journey of Bilderbuch.

Founded in 2005, the Upper Austrians kicked into gear in 2013 when the release of their song “Maschin” rendered everything called “indie rock” old news. “Schick Schock“, a super-charged hybrid of 50 years of pop history, topped the 2015 annual best-of lists, while its successor “Magic Life” cracked the Austrian and German top ten. Süddeutsche Zeitung called it “the best music around right now”, and that was barely two years ago. You’d probably consider those songs fresh enough for an imperial party in Schönbrunn, but Bilderbuch are already two steps ahead.

They spent some time in Vienna and Croatia writing enough new songs to fill two albums. The first, “mea culpa”, is being released right now, as if out of nowhere. But let’s face it; if you’re reading this, the news has long since gone viral. The second album, “Vernissage My Heart”, follows on 22/02/2019. American Rolling Stone recently declared albums an obsolete format – only the hits get streamed nowadays, apparently no one cares about album tracks anymore. This doesn’t bother Bilderbuch. They know the rules of the business and they break them all according to the rules of art.

“mea culpa” begs to be heard in one sitting. The nine songs form a narrative with an unusual dramatic composition. The dark, grooving “Sandwishes” is followed by a total deceleration on “Taxi, Taxi”. The next track rips the narrator, who has nodded off on the back seat, right from their dreams. The pulse slowly increases, and the second half becomes more sensual. Synth notes decorate hypnotic drum patterns; acid jazz and trance are thrown into the musical inventory. Bilderbuch become so many different bands! But it’s not a legion of songwriters behind the music; it’s a dedicated team of four musicians: Peter Horazdovsky, Michael Krammer, Philipp Scheibl and front man Maurice Ernst, who, with his wit and Viennese verve, liberates German-speaking pop from its unbearable unambiguity. He confesses his faith in love, the internet and “your ass”, and flees from the complications of the modern world (“it’s so hard to make decisions on Netflix!”) to find God at the Megaplex.

It becomes increasingly difficult to find points of reference in all of this. Bilderbuch simply go their own way, and they don’t need roads to get there. God only knows what the next album “Vernissage My Heart” will bring in spring. In December 2018, only one thing is certain: there’s been no other album like “mea culpa” this year, and there may not be one better. 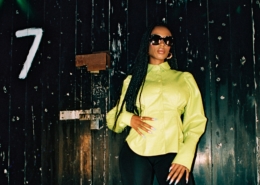 Our Passengers of the Month in August: Feng Suave!Dreamy Indie-Sounds and lyrical texts from Amsterdam: Feng Suave