copyright by Mnevis
Passenger of the Month | by Julia Szymik | 1. February 2021

Passenger of the Month in February 2021: Mnevis

Our Featured Artists for February: Mnevis

Since the release of their debut album Episodes at the beginning of 2019, Mnevis has
quickly grown from an insider tip to an established newcomer. With their finely arranged and cinematic compositions, the Swiss four-piece delighted critics and listeners alike.

Club gigs all over Switzerland, appearances at renowned festivals such as the Gurtenfestival or La Cité in Lausanne and considerable streaming numbers on Spotify followed. And so the once stagnant organism Mnevis also found a new dynamic. A dynamic that, nourished by 12 years of deep musical friendship, ensured that new sounds from the band could be heard as early as 2020.

With The Course Of Events they now follow up with a longplayer that connects to its predecessor with precise stylistic confidence and at the same time does not squeeze itself into fixed genres. The huge arsenal of musical influences and possibilities leads from the catchy epic with a salsa beat (Star Wars) to the powerful indie rock anthem (Move) to the melancholic and minimalist instrumental pattern (In Orbit). And yet there is this perceptible theme, a mixture of somberness and weightlessness, optimism and melancholy, playfulness and sophistication. Much of what sounds contradictory at first exists simultaneously in the Mnevis cosmos to complement and enhance each other.

The three new singles Moviestar, Dallenbach & No Gravity have already impressively shown that blinkers are not to be expected on the new album and Mnevis have been rewarded for this with numerous radio airplays in Switzerland and Germany and streaming playlists alike.

DJT.O
The Living: “Looking at social media, you can see how different musicians and bands help and support each other. We think this is pretty nice.”Interview with The Living, recordJet Passenger of the Month in April 2016 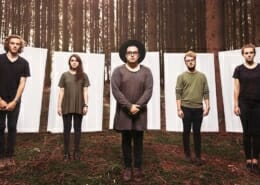 The Living
Passenger of the Month in June 2019: Shacke One 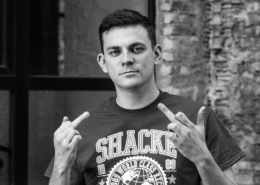