Patreon: a way for you as a musician to generate a regular income 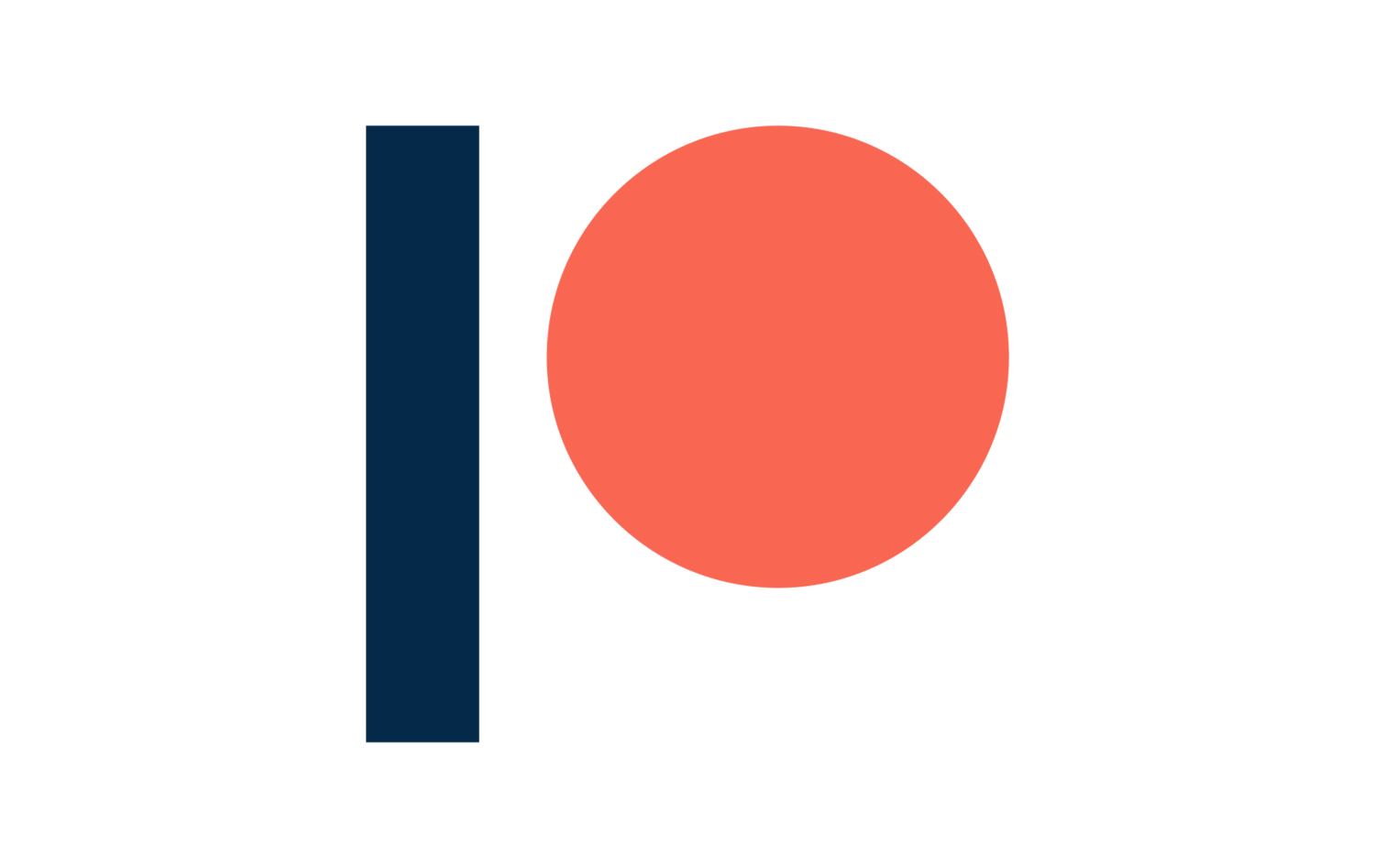 For many musicians, Patreon is a good way to generate a monthly income. In times of lockdown crisis, the platform is booming – and rightly so. We interviewed Ronny Krieger in his capacity as General Manager Europe at Patreon. Here you can learn what Patreon is all about, who registration could be worthwhile for and how to make money.

Good things such as love, coffee or crunchy peanut butter simply don’t go out of fashion. Why? Because they just work. Many centuries ago, for example, lots of artists had a patron. These were financial supporters, who would often act as a consultant as well. Friedrich Schiller and Claude Debussy had them. Art could not have happened without them, because creative types shape our society. So that they can do that, they need people who recognise their talent and support them financially. Contributors to Patreon are called Patrons and thanks to the internet and the continuation of the fantastic idea of Patreon, the concept can and should spread like wildfire.

Ronny Krieger agrees. Ronny loves music. He was and is a passionate musician and has been working in the music industry for 27 years, in sales and PR. There’s virtually nothing he hasn’t done. He is currently working under enormous pressure to support the German community and you as an artist in generating a kind of regular basic income from your creativity.

Ronny, what exactly is Patreon?

R.K.: Patreon is a members’ platform for artists. We are working to forge a new creative economy that gives creative people more power, inspires their fans (Patrons) and is better for society by creating alternatives to advertising-driven attention economy. Patreon helps artists build direct relationships with their fans, where fans get benefits such as exclusive content, a community or participation in the creative process, in exchange for a monthly subscription.

We are a social payment service provider. But the creators make all the decisions. Their monthly price tiers can start at very small amounts, or go up. The most popular price range for Patreons to give their creators is between 5 and 15 euros per month. Of course, the Patron may terminate on a monthly basis.

Who can join in and who is the most successful?

Strangely enough, musicians are often the last to rely on platforms such as ours, even though Patreon was founded by a musician. The first to join were Youtubers and podcasters. The platform is enjoying increasing popularity with promotional video producers, musicians and bloggers. And podcasters, and generally anything with video, are the most successful. The podcast “Auf ein Bier”, for example, is incredibly successful. It has been running since April 2015, and has a monthly income of over 8500 dollars from almost 2000 Patrons.

We also have many established musicians like M.I.A, Judith Holofernes or Gary Numan. For them, it’s obviously not about making a living, but we’re giving them the opportunity to show off the various facets of their creativity. For example, M.I.A. makes documentaries and also paints pictures. She can’t really do that on Spotify.

Patreon offers freedom. On Patreon you can let off steam and there are no nasty algorithms. Other social media platforms often use filters. You can use Patreon-integrated tools for your work, or use your own. We support .mp3, .mp4, .m4a and .wav formats. For videos we have secure Vimeo integration or the creators can post an unlisted Youtube link. We can also take care of the merch. From production to shipping and tracking in many countries. Established and non-established artists enjoy that a lot. It is about the diversity and range: big, small, obscure things. That is what Patreon is.

What is the difference between Crowdfunding and Patreon?

Classic crowdfunding platforms are about focussing on a project and obtaining funding for it. However, it is often the case that if creators are working on a project, they have also long since been thinking about their next idea. Creators never stop. Constantly pitching new projects and always rustling up new money distracts you from what’s important – creativity.

A good example of this is Amanda Palmer. The musician raised an incredible 1.2 million on Kickstarter and then said: hang on, it is actually much better for my creative mindset if I know that what’s coming in on a monthly basis, than if I don’t. This is why she then came to Patreon. Because here you have your firm supporters, with whom you are in constant exchange. And on the second of every month you get a calculated income. This gives room for creativity and calms the nerves. Of course, you don’t get a million dollars all at once. But if lots of people only give a little, then you will end up with a lot. That is the concept.

So when is it worth joining Patreon?

Anyone can get on Patreon, it is fully democratic. Your creative mindset is the only requirement. Anyone can create a free profile with us and start a campaign. Patreon is, however, not a platform for building a fanbase. Generally, it makes sense to bring people with you. Your fanbase might be small, but you should know that it makes little sense to begin at zero.

If you have Patrons, we differentiate between two different types of supporters. One type absolutely loves what you do and supports you with a fixed monthly amount, without getting any additional benefit. The second group pays for that benefit. For exclusive stories, a meet and greet, special gifts or exclusive access to your merch area. The creator can decide exactly what the benefits are. Ultimately, the creator defines the donation amount and the discounts.

The Patreon margin is between five, eight or twelve percent, depending on which program you have chosen. The lite version means you get simple tools to set up recurring support from your fans. The pro version involves building a flourishing membership which gives you a good income and your biggest fans a rewarding experience. The premium version includes dedicated guidance and support for established creators and creative companies, plus premium features that save time and reward your Patrons.

In addition, of course, there are payment margins for PayPal or similar providers. Since this year you have also been able to pay with pounds sterling and euros.

Can you tell us which projects are especially well-received by musicians?

I actually don’t want to be specific here. Not because it is somehow a secret, but it is important for me to be clear that there are almost no limits on the creativity of the artists. I hesitate to specify “best practices” because I strongly believe that for every individual profile you have to establish the right pricing tiers and benefits, rather than simply meeting certain standards and experience levels. Having said that, it doesn’t make much of a difference whether you are already an established artist, or at the beginning of your career.

In both cases you start with what you want to express artistically. How and with what content you would like interact with your fans and what would represent the most exciting added value for fans. Often, the creator can determine this added value from social media feedback or direct contact with fans.

Finally, how has Patreon’s launch in Germany gone?

Let’s put it this way, the internet connection for our office was re-scheduled in the first week of the lockdown. But this is no problem for us. We can work from anywhere. Currently, we have eight highly motivated employees here in Berlin, who, no doubt due to Covid-19, had to process over 50,000 new registrations worldwide in March alone. This means a lot of overtime for the newcomers and many e-mails from long-standing Patreon creators, keen to get their minimum guaranteed monthly income from us. Just now, this is very important, with live recording suspended.

Otherwise, we naturally want to be more well-known in Germany. In the autumn, for example our website should be available in German. On the one hand, we intend to bring on board quite a lot of creators (also using classic A+R activity) and be there to help and advise creators when it comes to campaigns or simply technical arrangements. The Onboarding team is responsible for this. They also take care of creator’s profiles. On the other hand, we also have to acquire as many supporters as possible with classic marketing. For Germany we have already enlisted the help of some German stars like Einstürzende Neubauten or Judith Holofernes for our campaigns.

Many thanks to Ronny Krieger for the interesting conversation.