Spotify playlists: How to get Spotify and the playlist curators to notice your music.

“Can you get my music on the Spotify playlists?” is one of the questions that recordJet support gets asked the most. In this article, we’re going to explain why Spotify playlists are so important for musicians and how you can improve your chances of getting your music into the most popular playlists – after all, Spotify playlists are more than just the 21st century’s answer to mixtapes. Getting onto a large, well-known playlist, such as “New Music Friday”, or “Release Radar”, is like winning the lottery for musicians, as the thousands of new listeners can really boost not just your reputation, but also your streaming income.

In summary: it is very important for musicians to get on the Spotify playlists 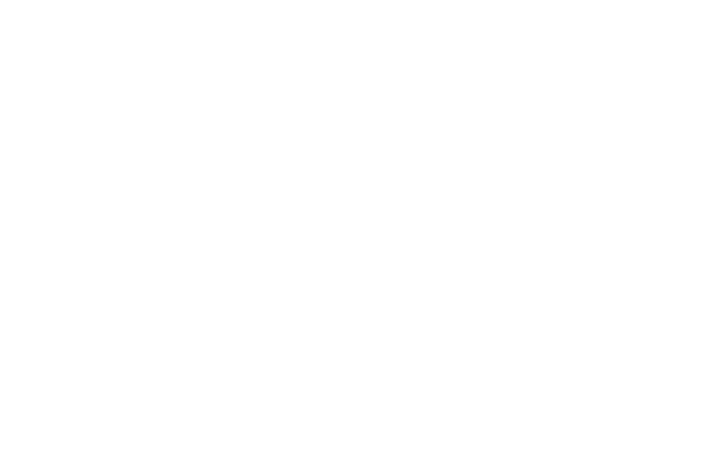 The different types of Spotify playlists

At Spotify, there are playlists curated by humans, playlists put together by algorithms and, for a while, there have also been mixed playlists.

On the one hand, there are the playlists put together by the Spotify editorial team. These are the large, wide-reaching playlists like “New Music Friday”, “Rap Caviar” and “Pop Rising”, etc. – almost every musician wants to be on these. These are always well-promoted by Spotify and are also partly advertised in the media online and offline.

On the other hand, there are branded playlists curated by labels and brands, such as the Digster or Filtr playlists, or “Deutschrap Radar” and “Female Music Force” by recordJet.

And finally there are the large numbers of playlists created by Spotify users, not specifically featured on the platform, but sometimes with a very high number of followers and thus of great interest for musicians. 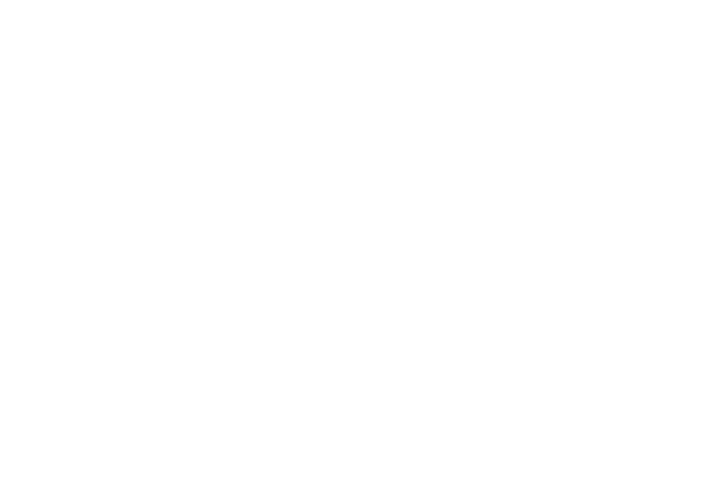 The playlists created by algorithms are based (roughly summarised) on the listening preferences of each individual Spotify user and are individualised for every listener. In lists such as “Your Mix of the Week” or “Your Mixtape” you find tracks similar to the songs you have already listened to and playlists you have subscribed to. Getting on a user’s automatically generated playlist isn’t a matter of convincing a curator, you have to convince the algorithm. 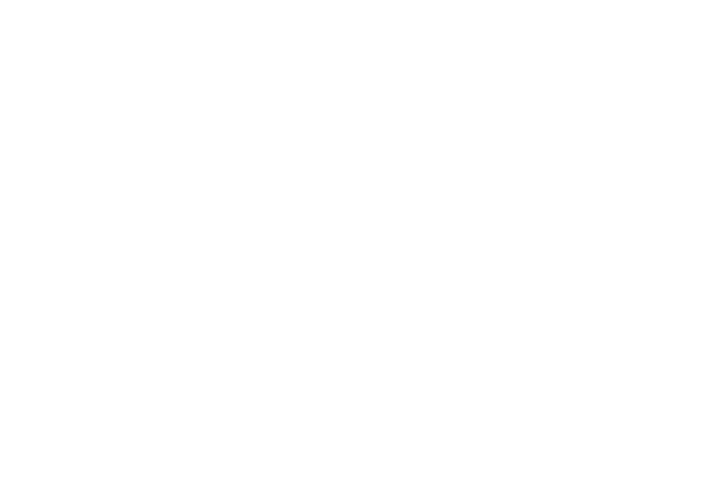 Since there are countless songs, that don’t make it onto the playlists curated by Spotify due to lack of space, some of these playlists are now part-automated – so-called “personalised editorial playlists”. In addition to built-in, manually curated songs, users are shown personalised songs in the lists which they see because they follow the appropriate musicians. The advantage of this is, of course, that as a musician you can make it onto lists that previously could not be reached. The figures speak for themselves: thanks to the personalised editorial playlists, up to 30% more artists are featured and listeners discover up to 35% more new songs. A song found on a will be searched for and streamed by 80% more listeners. The average number of listeners who save a track from a peP and listen to it again has increased by 66% (compared to normal editorial playlists).

Personalised editorial playlists are different for all Spotify users because the personalised part is always based on individual listening habits.

3 ways to get your music onto the Spotify playlists

First the bad news: there are no hacks or shortcuts! As a newcomer, it is almost impossible to just show up and immediately appear on one of the big Spotify playlists. Unfortunately a lot of work and a lot of waiting are needed, but, and this is the good news: sticking with it can be worthwhile.

Generally, there are two ways to get onto the playlists on Spotify, and these arise from the types of playlists described above: you can either draw the attention of curators to you (for the manually created playlists, and mixed playlists), or get the algorithm on your side (for the automated playlists and mixed playlists). Both ways require different approaches and strategies, which we will explain to you in the following. But first…

Attacking the playlists – be prepared

Now, with the help of recordJet, you have got your music into the stores and, above all, onto Spotify. Now you have to make yourself presentable on Spotify. First of all, you should verify your account and get yourself the small, blue tick next to your artist name. 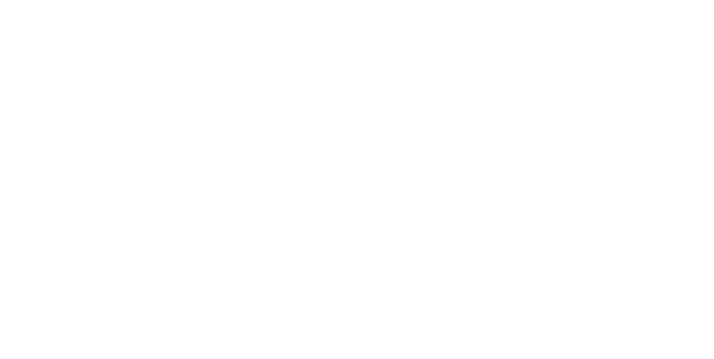 In the past, verification was a real time consuming process in which different requirements had to be fulfilled. It has since become a lot easier: just sign up for Spotify for Artists and get verified automatically, provided that you have already put your music on Spotify. If your music is not yet on Spotify, then have a look at recordJet Business Class. Find more info on Spotify for Artists here.

After you have verified your Artist Page on Spotify, the next step is to get followers, as the number of followers is a solid indicator that is relevant for both the curators and the algorithm.

A few tips for increasing your number of followers on Spotify:

How to get the Spotify algorithm to notice you

Spotify’s algorithm-based playlists, such as “Your Mix of the Week”, “Your Mixtape” or “Your Release Radar” are the most important tool for unknown artists to expand their audience. Therefore it is more important and simple to work with the algorithm than to convince human curators. The following steps can help you to get noticed by the Spotify algorithm:

The total number of your streams is not particularly important for the algorithm as this number can be manipulated. This is also not an indicator you should pay much attention to as it doesn’t do anything for you. The stream/interaction rate is much more important for you. What is the stream/interaction rate? In relation to all the streams you have, how many good quality interactions (see above) has your song had? If your music is heard often, but never saved in any playlists, or you have no followers, this will not convince the algorithm.

Something small, but very important, is worth mentioning here: it is not a good idea to try to increase your total number of streams illegally. Streaming services have sophisticated tools for detecting any manipulation of streaming and crack down on it. Where there is suspicion of manipulation, tracks and releases implicated are generally irrevocably banned from the platform and may not be re-uploaded. In some cases, an artist’s entire catalogue, including all past and future releases, is blacklisted. Payola (paying a company in order to get onto a Spotify playlist) also doesn’t work as Spotify have said that they do not accept money in exchange for influencing playlists: „If anyone offers you pay for play to get on a Spotify playlist, it’s a scam“. So: if anyone promises to get your music on the Spotify editorial playlists for money, this is definitely considered cheating. It’s just not worth it!

How to get the Spotify playlist curators to notice you

It has, for a while, been possible to pitch unpublished music to Spotify using your Spotify for Artists account. As a result, you can get the curators of the large and smaller internal Spotify playlists to notice your music. But watch out – around 40,000 tracks each day are uploaded to Spotify and (according to Spotify) 20,000 tracks are pitched. Due to the sheer quantity, the editorial team cannot look at all the tracks. However, your pitched tracks will, according to Spotify, appear automatically on your followers’ Release Radar playlist.

Here’s how it works:

When pitching, choosing the right tags helps the editors to work out whether your song will fit properly in a playlist and if so, in which one. This information also helps the algorithm to know which of the automated playlists your track would fit into. So give as much information as you can and make sure that what you put in is right and appropriate for your music.

The final tip is somewhat advanced as it requires more than just intuition and communication skills; you need to have a little courage and patience: try to get in direct contact with the curators of large, independent playlists and get them to fall in love with your music. Obviously you need to manage your Spotify profile properly to do this; you should have followers and your music should be of good quality so that your second and third impressions are as good as your first.

The following tips may be helpful:

A less direct but super simple way to get independent curators to notice your music is the Spotify Community Playlist Exchange. This is a place within the Spotify community to post your own playlists and learn about other cool independent playlists out there.